As many of you know last week, I had the privilege on Earth day of speaking at the Time/Bentley Forum on Accountable Leadership.

I enjoyed talking about Virgin’s approach which I summarized in my post  last week.

But I especially enjoyed hearing the other speakers such as Dr. Oz, Majora Carter- an environmental justice activist and terrific speaker and Margaret McKenna, the relatively new President of the Wal-Mart Foundation.

My point of view about Wal-Mart (particularly moving forward) was turned around by Margaret’s passion and commitment and belief that as the world’s largest grocer, Wal-Mart should be doing the most to stop the issue of hunger.

I think she’s really going to shake things up over there.

You can watch videos of the presentation here. I think you’ll find them pretty compelling.

Accountable Leadership is a critically important topic. Especially now, when so many of our business leaders seem to be letting us down.

That’s my point of view. What’s your twist?
Who do you think exemplifies accountable leadership? 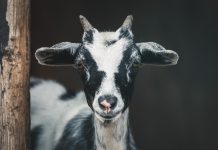