Home Advertising It’s Getting Blurry Out There

In this new era of fluid collaboration and two way conversations enabled by social media  the lines between sponsors and content have become increasingly blurred.

I know this. And for the most part I embrace it.

I believe that brands need to find new and non-traditional ways to connect with their consumers by bringing them relevant content and facilitating conversations.

But last week two same day articles in the NY Times made me think maybe things are getting a bit too blurry.

The first article was on  Weatherproof’s use of President Obama as an implied spokesperson.

The second was Glaxo Smith Kline’s proposed funding of a new movie on Americans and Eating in collaboration with the Creative Coalition. As you may know, GSK is the maker of the popular weight loss drug Alli.

Do these two examples represent some sort of imaginary line in the sand being crossed?

Or are they simply a logical next step in an environment that is increasingly moving away from traditional advertising towards more seamless presentation of information by brands (e.g. product placement, viral marketing, consumer co-creation of experiences)?

I think the Weatherproof Times Square attempt was pretty ballsy, and somewhat tasteless, grab for attention. No doubt they knew the White House would object, but probably figured the short term press attention was worth the risk of a reprimand and the potential cost of taking it down.

But while it got my attention, it didn’t really give me any brand warmth for Weatherproof. My momentary “gee, the President wears that brand” was quickly over-shadowed by “hey, that’s kind of tacky.”

The GSK example is a bit more complicated to decipher. This looks like it could be a serious film based on the potential partners. And the topic of weight in America deserves a lot of attention and debate.

There is  a lot of  talk about GSK giving the creative team carte blanche -but I am not sure I buy it.

A hypothetical parallel for me would be if Nicorette were to sponsor a documentary about lung cancer. I’m not sure I would feel it was presenting a well-rounded and unbiased report if it were sponsored by someone with a commercial interest in promoting one specific solution. This might undermine the power of the message for me.

Perhaps it’s better to leave it to a more neutral party, where the brand sponsorship wouldn’t have any potential to undermine the credibility of the message.

I guess regardless of how we feel about these two collaborations, I think one thing is definitely hard to argue…they are harbingers of more “blurry” brand efforts to come.

That’s my point of view. What’s your twist?

What do you think about the blurring between brand and content? 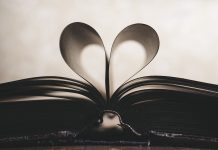 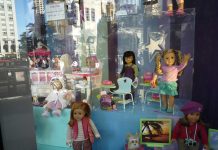 Why Brands Like American Girl Build Fans Not Customers 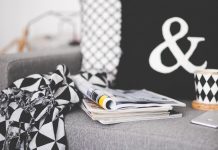 Transcend the Ordinary and Rise Above Your Competition