Book trailers bring big business. These video spots don’t stand out for their star-power alone, but for their formal inventiveness and willingness to take risks as well. In this guest post, Liam Powel shows how your business can take what publishing houses are doing to market their authors and products and apply those same ideas to your business for big marketing and brand-building benefits through video trailers.

If you’re not up on literature, you may not have heard of Gary Shteyngart, but odds are you will soon.  The quirky satirist – whose novel Super Sad True Love Story garnered him a spot on the New Yorker’s “20 Under 40” list two years ago – is known for his biting wit, bumbling characters, and stunning backdrops. Little Failure, a memoir released early in January, 2014 by Random House, has already garnered glowing reviews, and if history is any guide, sales are radiant as well.

To hype the title, Random House released a “book trailer” – if you’re not familiar with the form, it’s exactly what it sounds like – and Shteyngart’s are grade-A satire. Little Failure has already made a splash because of its star-studded cast, featuring James Franco, Rashida Jones, Alex Karpovsky, and of course, Shteyngart too. Random House, no stranger to the medium or its capacity to push publicity, had previously released a similar trailer for Super Sad – it’s just as hilarious, and can be seen here.

However, these video spots don’t stand out for their star-power alone, which any hefty budget could use to garner attention, but for their formal inventiveness and willingness to take risks as well. This is what we’re interested in. Let’s look at a few lessons from the art of the book trailer that you can apply to your brand and business.

The vast majority of book trailers are fairly one-dimensional, composed of excerpts from a work read over a series of simple images or videos. Few build a narrative, and among the small number that do, fewer still are as cunning or generally well-composed as those for Little Failure or Super Sad.

So aside from it seeming strange, or stunt-ish, for a piece of literary non-fiction to engage potential consumers through such an infrequently, and often ill-used media form, Shteyngart’s piece distinguishes itself for its wryly inventive quality. Particularly when compared to other book trailers, Little Failure’s comes off as sketch comedy, worrying less about clearly pushing the product (the memoir itself) and more about conveying core value propositions in an engagingly slant, indirect way.

So what if you won’t be able to hire out a Hollywood star to shill your brand anytime soon?  This release, Worst Case Scenario Survival Video Series: BREAKUPS, couldn’t either, nor could this Skagboys video, but each crafted compelling content – well within their means – and made efficient, inventive use of a quirky medium to engage their audiences, new and old. The latter trailer, for Skagboys, is particularly on point, a wonderfully executed example of consistent brand identity – note how the skeleton from the video is modeled after the novel’s cover image, and how the whole tone is very much in line with Irvine Welsh’s writing – that only required a Final Cut video editing program and some papier mâché to get up and running.

Sometimes, especially if you’re a solopreneur, all it takes is going the extra mile, even if you have to run it alone.

SO YOU DON’T RUN A PUBLISHING HOUSE?

Whatever industry your brand is competing in, don’t be afraid to go beyond convention when reaching out to potential consumers. Brands, particularly emerging ones, too often fear venturing beyond a simple benefit analysis or overt calls-to-action while representing themselves – from taglines and logos to small collateral. Slant approaches aren’t only for the industry bigwigs: they can be for everyone, if you’re willing to take the risk.

Successful trailers use inventive, thoughtful approaches to innovating an established medium.  They convey how their product functions, who uses it, and where it’s used to inform and entertain.

What if a video, or a trailer, isn’t right for you? The point is to reach out to your consumers in engaging, surprising, direct ways – trailer or no trailer. Here are a few tips and lessons we can take away from Random House’s – and other’s – use of an innovative form.

Liam Powell is Lead Copywriter at Imagemme, a Brand Innovation Lab based in TriBeCa, NYC. He recently received a Masters from Columbia University, where he would catch the occasional glimpse of the man himself – Gary Shteyngart – walking the long, marble halls. You can connect with Liam on Facebook, and on Twitter he is @YazooStScandal (from the Dylan song). 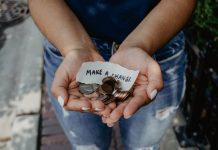 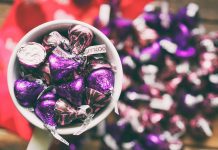 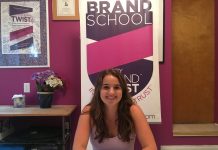